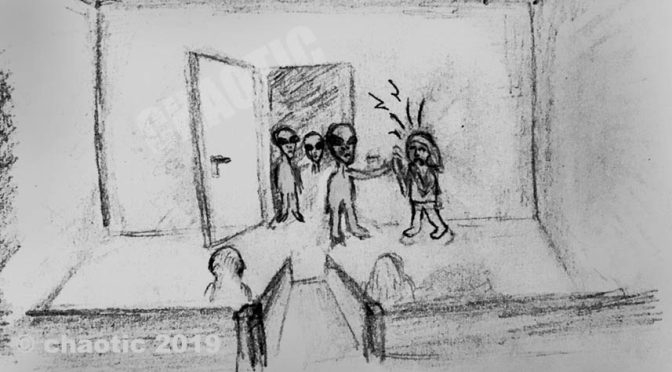 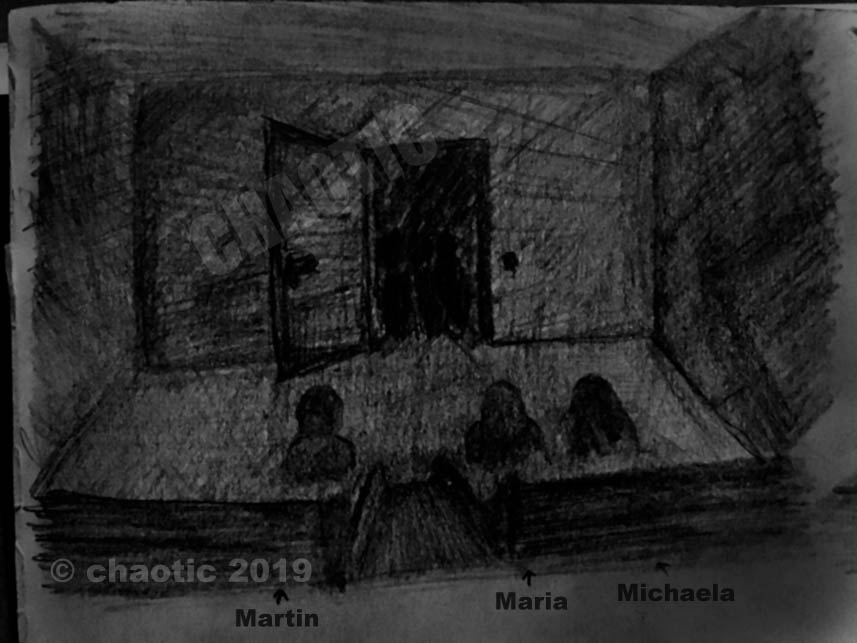 It became bright. Three gray aliens were standing right behind the door. Michelle screamed immediately and did not stop screaming. One of the aliens broke away from the group and placed his left hand on Michelle’s left shoulder. Possibly to calm her down. This made her panic even more, flapping her hands wildly in the air and screaming, „I don’t want it to touch me! I don’t want it to touch me!“ 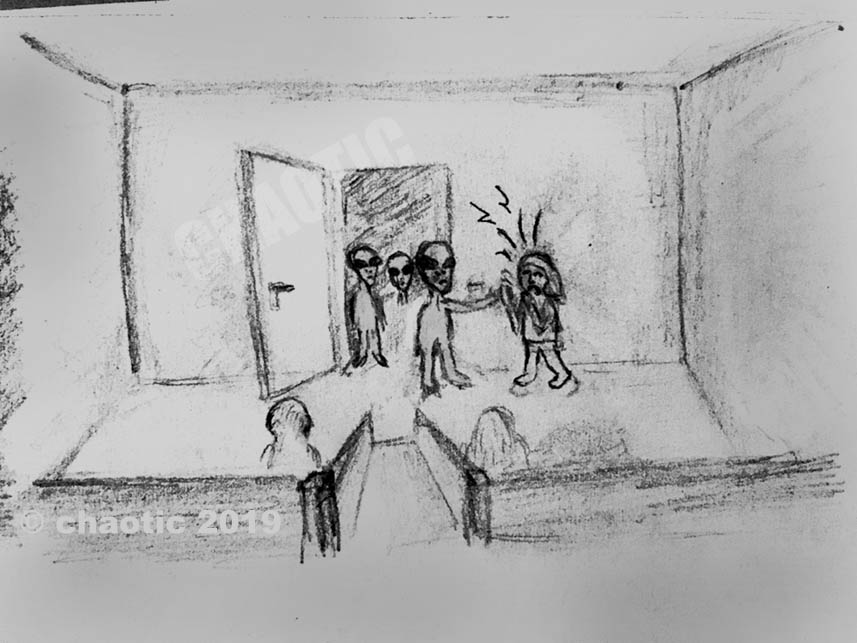 I already knew aliens from my own experience a year ago. I knew we were in no danger. I saw two things: My grand cousin needed help. And the situation got out of hand. I slid down the slide of the bunk bed and stood between Michelle and the alien. I talked to her. I told her everything was okay. They won’t harm her. They came to me before and didn’t harm me either. She was listening to me. She didn’t scream any more. And looked at me with calmer eyes. No more alien tried to grab her. She was ready to get this over with.

Two of the aliens went ahead. Then the children. Then the last alien. The children were escorted, so to speak. Behind that I was unaccompanied by aliens. The last alien was waiting for me to come out of the room as well. I went after him. Towards the door to the living room at the end of the long, dark hallway. We left the light on in the children’s room. When everyone else was already going into the living room, I stopped in the hallway at the bedroom door. The door had a stained glass window with ornamental glass in a tree bark pattern. My father and his girlfriend were sleeping behind it. I hoped to catch a glimpse through the window to see if anyone there had been awakened by the events. But the glass window made everything blurry and it was pitch black in the room. I could see nothing. 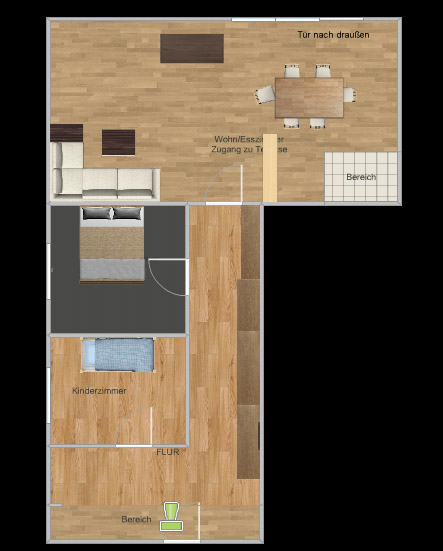 I entered the living and dining room. There were couches to the  immediate left of the door. I stopped for a moment. Everything was very dark in this room too. The blinds were down. My uncle, my cousin and her husband slept here. The adults were sure to be right in front of me, but I couldn’t see them. Not to mention any closed or open eyes.

The others had already left the building through the terrace door. The last alien was waiting for me in front of the open door. I went to him and he went out first. I noticed that he stepped on the bottom door frame of the patio door with his foot. We stepped into the garden. Diagonally to the left was a swing slightly raised under a big, tall tree. Here everyone stood in a circle. With a diameter of about 1.20m, standing next to me from left to right was an alien, Marvin, then the other two aliens with the girls. We all had our eyes directed towards the circle and each other. All seven of us stood barefoot in the grass.

I looked up. I looked up the long trunk of the tree, past the treetop. It was a pleasant summer night and neither particularly windy nor cloudy. But I didn’t see the stars. All I saw was a huge flying saucer that must have been 40 to 50 meters across. With occasional white, red and blue lights. She hovered silently above the tree and above the house of the settlement. The ship must have been at least 12 meters high as it was over the house and the tree. A white beam of light hit us from the middle of the ship. In the breadth of our circle. We rose in the direction of the spaceship. I looked back at the 2-storey house. I saw the balcony above the terrace door, dimly lit by the ship’s lights.

I don’t know what happened on board. We were separated. The little one went with an alien first.

I was told that they were looking for something in me in the past. They didn’t find it. But they have now found it in Marvin. That’s why they will take him with them from now on, and not me anymore.

We children sat together at breakfast the next morning at the dining table in the living room. My cousin put something on the table for us. The adults were having breakfast at the other tables. My grandcousin stared at me. There was something different in her gaze than usual. Shocked and surprised. I thought about the event that night. But we didn’t talk about it. None of the kids said anything at that breakfast. Anything. After that, I had repressed the event until I was 20 years old and almost forgot until one day I thought about it.

I know today that 4km behind the highway A3 and a forest is the airport Cologne/Bonn. A part of the airport is military. There is the command of the German Air Force. Right next to it is the German Aerospace Center with an ESA astronaut training center.

They landed in the middle of our backyard without anyone noticing.